Minnesota SUN State Representative
Actually, I live in Wisconsin now. I sold my house in Minneapolis some time ago, and moved here to the valleys of the Driftless to help start this community farm.

We arrived here when the land was open, free, clear, abused but not overly so, as so much of it is considered marginal by corn growers. 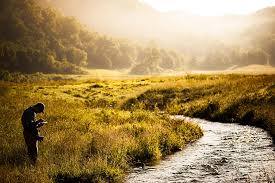 There is a spring, higher up, that joins the creek lower down, and people and cattle and cows and pigs and chickens mixed between, among the mature chestnut and hazelnut, apple, cherry, plum, pear, peach and apricot trees. The greenhouses stand out, some housing perch and tilapia ponds, surrounded by exotic citrus, olive, avocado, hanging gardens, not far from the outdoor spring-fed ponds where we stock perch and walleye. The Great Kitchen where we value-add all the product we produce here.

None, far from the campgrounds, where currently there are, well, a cast of characters ensconced, among the long tended permaculture gardens, positively drunk on the black cap raspberry wine and the mead we sell in the community store; there is a dance, a festival concert, later tonight. Otherwise I am engaged in making certain, today as always, that everything is more or less as it should be.

We are in the bluff country, a day and a half walking distance to the Mississippi river, in a cul-de-sac bluff south facing toward a creek and a gravel road parallel beyond that. There is a red tailed hawk circling above the bridge, eyes on the chickens, kept aloft by a pair of mutts who watch over the flock with a vigorous concern, the bitch pregnant but wary for the chickens and for our sake, nonetheless. There is hardly a more serious coupled pair on the lot. We humans are thankful, as the chickens are a source of eggs not a one here would want to do without, and many times it has been heard, “I could watch the chickens from dawn till dusk.” The dogs hold a wide respected place among the commons, even though rarely allowed inside the longhouse or any of the buildings. Half wild, like most of the people here, they prefer to be outside. They have their own quarters, attached to the chicken tractor, and the winter coop. 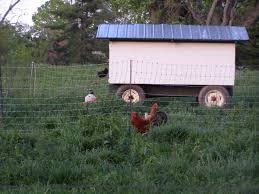 The longhouse is a piece for open eyes. So much of the front is glass, taking in the sun, even behind the clouds heating the house, without much help from wood, none from fossil fuels. What is not glass, the east, west and north walls, are thick hay bail, wrapped in concrete covered in tile; the roof slopping back, steel on top of fingertip-to-elbow stuffing, to hold in the heat.

Next door, in the open summer kitchen, though it is now the fall, men and women work together cooking, a thin wraith of white wafting up above the stone covered flue, though the rocket stoves, cooking most of what we will consume this night – the equinox – burns up the vast majority of the particulate, there only being smoke because the smoker stove is in use, for all the food that must be cooked for today and tonight, there being thrice so many people as usual. The summer kitchen is surrounded by flowers, the black Susan, the asters various, goldenrod and hardy mums etc. The smell of hearty soup mixes with the rank of a forest after fall rains, though today the sun is as eager as the people waiting on the bands, all well warmed in the sun, and mead and the tuning of instruments; music for lazy lifetime members, beautiful interns, regular occupants and guests, who have had little to do this day but prep for a party, after this week’s gathering.

There is a stage. It is built from the wood of two dozen ancient maple trees, all the trunks and every limb. The limbs wrap together into a kind of web/nest quarter-bowl, wrapped in plank wood, so that the sound of the sole female on the stage with her guitar and her voice reverberates out with a wavering, as though the trees themselves achieved something like a voice, in harmony. The sound system is powered by vegetable oil heated by the sun, turning a flywheel….well, you will have to ask lead-techie Roamer about that.

There are still tomatoes ripe and sweet on the vine. The melons are ready, the musk and the water, cucumbers by the bucket full and zucchini like clubs for giants. Peppers like winter’s solstice-celebration alight, upside down, in heated defiance. Luciddream’s Salsas in earthen bowls the size of tubs, homemade tortilla chips from the bushels of true corn we traded for Harold the Hog, who yet gorges on the acorns of the wood with his fellow porkers – tortillas molded by the perfect hands of Gypsy Mama. RE is educating the children, exhorting them to take gymnastic risks, exciting them in the down times with tales of monsters undone; Nobody watching over all. Eddie and his kin taking leave from the Texas Toothstead, sister farm to the South, sitting opposite but also kin to Surly and Contrary and their kind, visiting from the East, Haniel and his tribe from the West, Hepp and his tribe from across the Atlantic, Uncle Bob and his from the southern hemisphere, smoking the pipe. GO the geriatric, all in gold; his Pussy, bathing luxuriously in the heated spring pool. JoeP the news dawgg sitting with the hard rockers, making music, taking notes, already buzzed, ever contrite and smiling wise. Ashvin on his pedestal, but present, pretending not to eye lustily the betting tables and beer kegs. JDWheeler riding a horse in full gallop taking aim with a bow at a still target, showing how. Bot Blogger bopping about; Ka, holding forth, barfing after too much pulled pork; BC2K critiquing security; Snowleopard making ice cream. Agelbert and his Native already dancing, though it is not yet noon (she leads). Karpatok is glowing (watch out). Monsta666 is organizing the bands, happy as could be. There have been rumors all week that Peter, Buzzard, el Gallinazo and assorted walkabouts are on their way.

The breeze is like a live thing, as if it wants to be a part, or to caress us. The cool moistness of the morning gives over to what in these parts is called an Indian summer, who knows where that statement came from but it is welcome here, today, among this tribe. Roamer is milking the cows because they don’t wait, the milk of today, stock for Snowleopard’s ice cream mostly. There are crowds around the pen of the cows, the pen of the pigs and the pen of the chickens, one respectively following the other day by day, the people always following all. The songstress on stage is making up a ditty about how people love cows/chickens/pigs, after awhile making everybody laugh: “Cows, chickens, hogs, who needs dirty Internet pictures?” The trees dance as the wind picks up for a brief time, the waters of the ponds rippling, summer dresses whirling. Luciddreams curses as a leaf lands in one of his tubs of salsa; somebody smart tells him to go dig a hole to burn it off. LD throws a beer mug at him, spilling the beer in his salsa. If his and GM’s sons were not too busy learning gymnastics and riding horses hitting targets with a bow and arrow, they would be making fun.

The festivities are just getting started, so if you want….

Oh, wait. I do still live in Minnesota. There is no…Just prophesying…WHD