The genesis for this article comes from two sources. First, there has been an ongoing Prepper thread inside the Doomstead Diner on the subject of various Refrigeration methods. Second was a Jackson Browne video I used a few weeks ago in my article on Invisible Refugees of Climate Change. In the lyrics you find the stanza

As such old tunes often do, this one brought back wistful memories of my childhood before Brasil, running out into the street whenever the Bells of the Ice Cream Man truck were heard inside the RE household. In those days, it was mainly a franchise held by the Good Humor Company, and said ice cream seller was also known as the “Good Humor Man”.

The model at right more or less resembles what I remember as the Ice Cream Truck of those years, but the Ice Cream Man truck goes back a lot further than that, right about to the beginning of the Automobile and the Age of Oil.

When I got back from Brasil in the late 1960s, the Ice Cream Man trucks still motored about some in our neighborhood, mainly in the summertime. There was a new competitor cruising the roads selling the sweet cold stuff every kid loves, Mr. Softee. I still wasn’t that old yet that I didn’t still go running out to buy a Mr. Softee Cone when I heard those bells ring. I got so I could tell the difference between the bells ringing so I knew which one it was before even running out to buy a cone in the case of Mr. Softee or usually a Chocolate Eclair in the case of Good Humor.

The difference between Good Humor and Mr. Softee was that all the products aboard the Good Humor Truck were premade Bars and Cups, whereas Mr. Softee as the name indicates produces a Soft Ice Cream right on the spot in an Ice Cream making machine aboard the truck. A big novelty back then, but common now in Convenience Stores and there are even home models available to buy from Chinese Manufacturers.

Also back in my childhood there was a Favorite place to go for Birthday Parties and the like, sort of the Chucky Cheese of the era, and that was the Ice Cream Parlor. The one I remember was Jahn’s in NYC, which had a few locations, but started with the Original Jahn’s up in the Bronx in 1897. At its peak in the 1950s, there were more than a dozen Jahn’s sprinkled aroun NY, NJ and Florida. Probably the Jahn’s founder went there to retire. The Ice Cream Parlors began closing down in the 60s and 70s though, and far as Jahn’s is concerned, one of the last 2 remaining Jahn’s in Richmond Hill closed down, and now there is only one left, in Jackson Heights.

Why did the Ice Cream Trucks and Ice Cream parlors evolve in the first place, and why did they disappear? The reason is the evolution of Refrigeration, which has a remarkably long history actually predating the invention of the Steam Engine. Ice Cream has an even longer history than that, going way back to the 11th Century at least.

Without refrigeration, the only way to make Ice Cream or any of the frozen variants was if you had a source of Ice available. The way Ice was made available year round in the past was through Ice Houses which stored up Ice often shipped down from the mountains by Mule Trains, and this ice was then further distributed out to those who could afford an “Icebox” and daily delivery by the local Iceman. This is another job that disappeared once refrigeration became available for everyone, mainly courtesy of General Electric here in the FSoA, growing in distribution of the appliances in the Post-War Baby Boom era.

The history of refrigeration is very interesting, and there are ways to do it which don’t require mechanical compressors, but refrigeration really did not take off until the invention of the Steam Engine in the 1750s. As you would expect, early refrigeration was big, bulky and expensive. So no individuals really had refrigerators until the 1900s earliest, and even commercial units were pretty rare. Its those commercial units that gave rise to the first Ice Cream Parlors, which started openning up here in the FSoA in the late 1800’s- early 1900s, a little before Jahn openned his first Parlor in the Bronx in 1918.

This also explains how the Ice Cream Trucks got started rolling. Since about NOBODY had refrigeration and even an Icebox with daily delivery of Ice to keep it cool was a Luxury only at least medium Middle Class could afford, a Rolling Ice Box such as a Good Humor Truck or a trip to the Ice Cream Parlor was the only way most folks could get hold of some Ice Cream.

I’m not sure, but I don’t think Good Humor Trucks even in my era had on-board Refrigeration. I think it basically was an Icebox on Wheels, insulated well enough so that during the day’s trip out selling Ice Cream, the stuff did not melt. I don’t think it was until the Mr. Softee days that the trucks actually had on-board refrigeration.

By the 1970s, all grocery stores here in the FSoA had refrigeration, and Ice Cream began to be distributed to them for sale, rather than through the Ice Cream Truck or Ice Cream Parlor. Way cheaper means of distribution for basically the same product, and by then most middle class people had Refrigerators with a Freezer above or beside it for keeping frozen goods frozen. This is what effectively put out of business the Ice Cream Parlors and the Ice Cream men.

Ice Cream Parlors of a different sort started openning up with certain Brand Name Premium Ice Cream outlets like Hagen-Daz and Ben & Jerry’s somewhere around the 80s I think. Much more rudimentary small stores than places like Jahn’s, which basically just features a large counter freezer where a variety of Flavors were stored, a Milkshake blender and a variety of Toppings to drop on top of the Ice Cream to make a “Sundae”, the etymology of which probably comes from the fact that in the early years, a trip to the Ice Cream parlor was a One a Week deal you did with the Family on Sunday. Though sitting and having a Banan Split at Ben & Jerry’s is still a pleasant experience, by no means does it match up to the experience of having Ice Cream at Jahn’s when I was a kid. I don’t think anybody holds Birthday parties at a Ben & Jerry’s anyhow. For the lower middle class now that can’t even afford a Birthday Party at Chucky Cheese, the likely choice would be a Mickey D’s with one of those Indoor Playgrounds attached. I could write a whole other article on the ridiculous excesses of Birthday parties that we have gone through over the years here, and probably will at some point but too much to jam in this article. 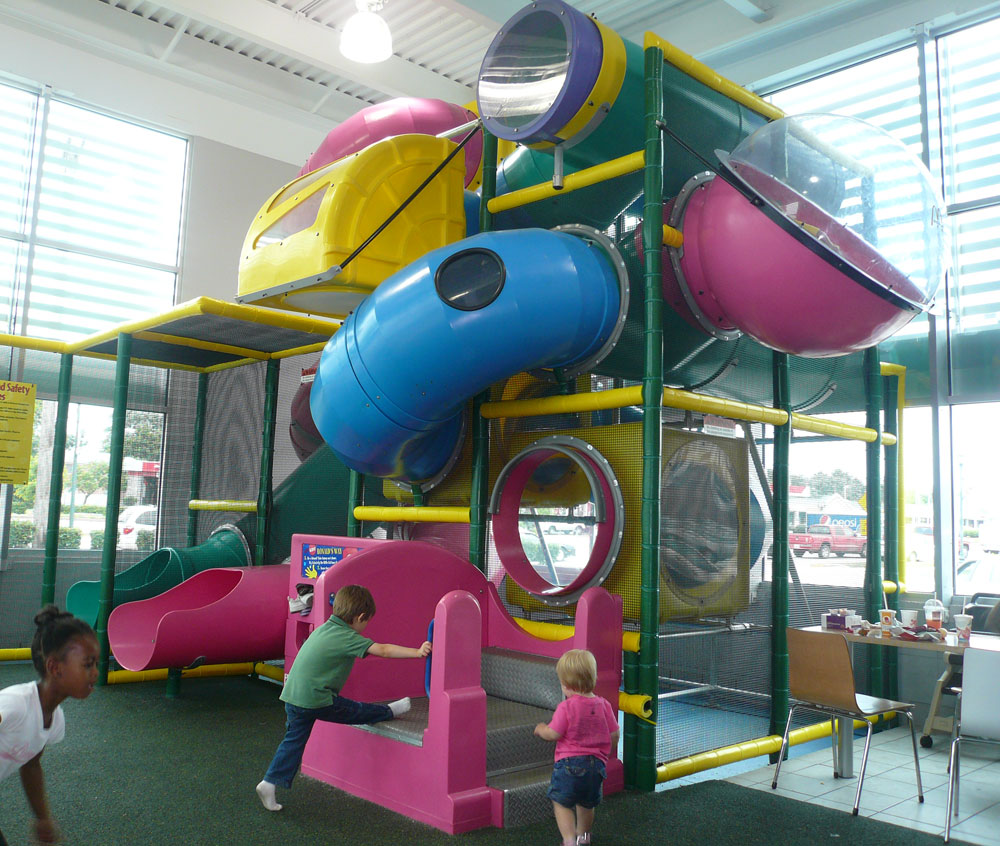 For those of us Energy Aware folks in the Doom Community, it is pretty obvious that over the long term Refrigeration as we know it now is destined to go the way of the Dinosaur. A Refrigerator in every house, Huge Banks of Refrigerated cabinets at the Grocery Store and Refrigerated Trailers to move all the cold goods 1000s of miles around the country each day is a profligate waste of energy we can no longer afford on the grand scale. This is to say nothing about Air Conditioning, another use of refrigeration which probably takes even more energy to keep going on a daily basis, but even just keeping all those freezers cool all the time won’t be possible in the medium to long term.

What about the Short Term though, in terms of trying to keep some refrigeration available for yourself, even as it becomes less available in the society at large? There are a few options being discussed here on the Diner, from old technology Ammonia-based refrigeration which has no moving parts, to low powered 12V units you can keep running off a decent size Solar PV set up and/or Wind turbines, to Thermoelectric modules which are solid state units that chill in the presence of an electrical current. Besides that of course, expecially if you live in a Cold Climate like I do, a return to building Insulated Ice Houses and storing large quantities of Ice frozen over the Winter is possible.

So all types of refrigeration do not have to be abandoned in the near term, and it is one of the most important and useful tools available for food storage. Other means like Canning, Smoking and Drying also take a good deal of energy, though in the right climate you can do a lot of this just with solar input using a Solar Oven.

The best scenario is to work on a Community Level with a Central Walk-In Freezer and Refrigerator that all have access to. Building a well insulated room, well sealed, perhaps powering the Compressor directly through Wind Power rather than going through the intermediary of Electricity. This type of basic technology can be maintained a very long time. You’ll even still be able to make Ice Cream! At least if you have a few cows and goats and a source of sugar you will anyhow.

In the medium term then, perhaps the Ice Cream Man returns, in this incarnation churning up his own Ice Cream nearby the central Freezer of the Longhouse of the SUN Community, then packing it up into an Icebox on a wagon pulled by his cow or goat that produced the Cream, walking around the community and Ringing the Bells on his Ice Cream Wagon.

Once again the children will hear the Bells, and come running out from their Domes and ConEx Container homes, with the same smiling faces they had when they were running out of the Little Boxes in Surburbia of the 1950s. With some luck, work and good planning, hopefully the Day the Ice Cream Died can be put off just a bit longer.