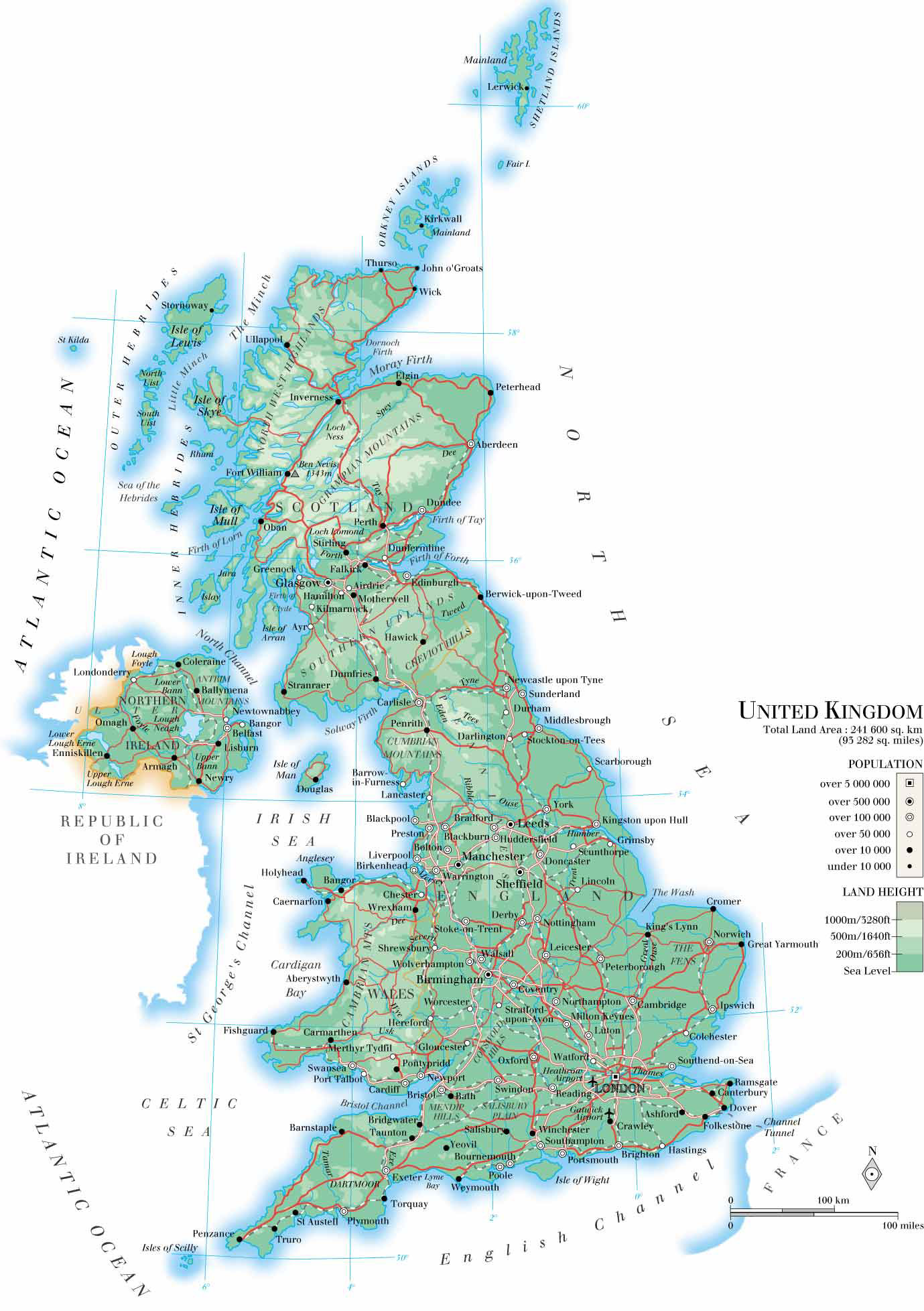 Tremaine Wood – sometimes called Fox Wood – is a seven acre woodland hidden away in a valley in west Cornwall – not far from where the southwestern tip of Britain juts out into the Atlantic. Situated just a couple of miles inland from the sea, on peaceful nights you can hear the sound of the waves breaking on the golden sands of Porthleven Beach which borders the Lizard Peninsula. Tremaine is an old Cornish word meaning ‘stone house or farm’ and there is evidence of a stone house that once existed there, although now it has sunk back into the earth.

The woodland is a mixture of native broadleaf trees, mostly sweet chestnut and oak, planted between 20 and 30 years ago when the land was part of large country estate. At its heart is a one acre piece of grassy pasture which will be turned into a forest garden featuring a high diversity of fruit and nut trees, as well as shrubs, bushes and vines. Much of the land is on a slope and locals say that the owner had a tractor accident while ploughing some time in the 1980s and decided to turn what was then fields into woodland for coppicing and grouse shooting. The estate has since gone bankrupt and the land was broken up into parcels of woodland, one of which was bought by me in October 2012. 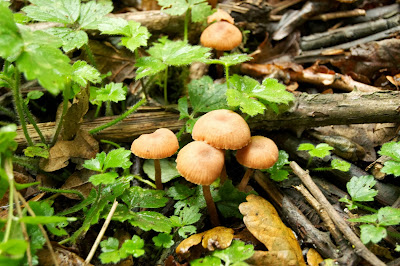 For thousands of years, Britain has had a thriving woodland culture. People lived in the woods, coppicing the trees and making useful products from them. Coppicing is the ancient craft of cutting young deciduous trees at the ground and then allowing them to grow back on a cycle, typically ten years, before cutting them again. The wood is then divided into blocks, with one section being cut each year so that after ten years the original block has grown back and is ready for cutting again. The wood is then used for the construction of buildings, making furniture or fencing and animal pens. Offcuts can be turned into charcoal or used in hugel beds to aid soil fertility.

With the rise of fossil fuels the demand for many of these products diminished and even disappeared, and following the Second World War, increasing mechanisation and bureaucracy has made the life of a woodlander an untenable one. Indeed, today, there are numerous national and local laws which make earning a living from the woods difficult but not impossible.

But all that may be changing. With several woodland communities having popped up like mushrooms in British forests lately (see, for example, Tinkers Bubble), and an increase in the cost of fuel and housing, the logic of living a sustainable life in a woodland setting is slowly turning back in the woodlander’s favour. It is estimated that there are a million acres of derelict coppice woodland in Britain – and much of it can be bought very cheaply. Current forestry practices decimate woodlands and are in no way sustainable, and indeed forestry land is priced simply to indicate the amount of wood it can produce. This crude way of pricing, whilst ruinous for nature, is actually a bonus for the prospective woodland owner as it does not take account of the myriad other forms of income and sustenance that can be derived from a piece of woodland.

Seeing this opportunity I invested in Tremaine Wood with the idea of creating a local sustainable resource, not just for myself and my family, but also for the surrounding community.

A piece of woodland is the ultimate solar powered way of life. Each year, as trees are felled and sold, and other trees grow in their place, I can expect to receive an income which, although by no means grand, is enough to survive on at a subsistence level. My aim is to set Tremaine Wood up as a permaculture woodland. After five years, here’s what I hope my woodland will be providing for me, my family and friends and supportive members of the local community:

High quality hardwood for construction and fencing. Curved pieces are of particular interest to boat builders, of which there are several located nearby
Charcoal for sale to locals and holidaymakers. Artists charcoal can be made with willow and fetches a premium
Unlimited firewood either for personal use or for sale
Greenwood products, such as chairs and benches
A setting for running small group courses, such as permaculture
Fruit from trees: apples (several varieties), pears, peaches, crab apples, quinces, rowan berries, figs, carob and cherries
Fruit from bushes: blackberries, gooseberries, sloes, rose hips, elderberries and more
Nuts from trees: chestnuts, walnuts, almonds, acorns, hazel nuts
A small tree nursery selling several hundred oak and chestnut saplings each year
A ‘Mediterranean biome’ poly tunnel featuring orange trees, lemon trees and avocado trees, as well as other regular fruit and veg
Raised beds with annual fruit and vegetables, as well as perennial plants such as artichoke
Wine from fruit, elderberries and the sap of birch trees
A flock of chickens, geese and pheasants for eggs and meat
Ducks that predate on the numerous slugs which thrive in the damp climate
Fish from a large pond that I am hand digging in order to collect rain water for irrigation
Willow rods and whips from the windbreak trees I am planting
Meat from the rabbits and the invasive American grey squirrels in the woodland. Squirrel pelts can be used to make attractive iPhone cases
Several varieties of mushrooms cultivated in cut logs on the forest floor, as well as other varieties, such as puffballs, which grow wild
Natural medicine and food from the prolific wildflowers that grow along the rides and in hedgerows
Winter animal fodder from evergreen trees, such as holly, which grows well there
Christmas ornaments and decorations such as wreaths made from the evergreens and sold at local markets

And this list if just the tip of the iceberg. The woodland offers many other intangible benefits, such as a spiritual retreat and a great place to camp and get together with friends. Nature-starved kids can climb trees and learn about wildlife and their parents can come and spend a day chopping wood and learning new skills in return for some hot food, cups of tea and friendly banter. Indeed, when considering the potential uses for a piece of woodland, the list soon becomes very long indeed. Other suggestions include a natural burial site, a venue for woodland weddings, an artists’ retreat holiday setting – the list grows and grows!

Furthermore, as a permaculture woodland, Tremaine Wood is a haven for wildlife, much of which is facing calamitous threats from modern agriculture. Bird and bat boxes are being erected in the trees, and ‘bug hotels’ are being put up for the benefit of the many solitary bees which live in the wood. A butterfly survey conducted this summer saw some 80 individuals spotted in just five minutes – many times the UK average. Foxes are common, as are other woodland fauna. Several buzzards hover in the skies over the woodland, indicating a healthy population of the smaller mammals on which they feed, and various species of owls live in a neighbouring wood and can be seen swooping down on prey in the evenings.

The woodland, as well as neighbouring Rosawen Wood, are the base for a new network of woodland groups in the area. The aim is to make the local community feel that our woods are worth protecting in an uncertain future. By mixing low impact forestry, orchard planting and forest gardening, our woodlands will soon be producing a range of high quality products for sale at local farmers markets.

Unfortunately, English planning laws being what they are, we are not permitted to live in our woodland at present. But if and when these arcane laws are changed then we will be constructing a small earth-sheltered house on the edge of the woodland. In the meantime there is a caravan on site and plans to erect several small buildings, such as a wood-shed, a compost toilet and a sheltered workspace will be submitted to the planning authorities for consideration.

Tremaine Wood is an exciting way of re-imagining a future in which people can exist more or less harmoniously within the landscape and earn a living without wrecking ecosystems for short term gain. It is resilient against economic shocks and can provide for the needs of people indefinitely as long as it continues to be managed using permaculture methods.